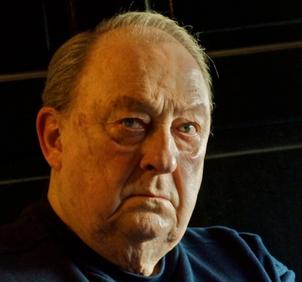 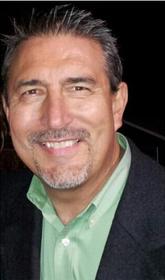 Mr. Daugherty has an extensive and successful background in broadcasting and advertising, having owned and operated broadcasting stations and an ad agency serving major national, regional, and local clients, in addition to working for over 50 years in the radio and TV industry as an on-air national announcer for the ABC network, as well as a leading personality on local radio and TV stations in both Michigan and California.  Mr. Daugherty was also credited with several innovations in the broadcasting and advertising field including the concept that became the highly successful MTV Networks, as well other programming concepts such as the long running TV Show: "Let's Make A Deal".

His exploits have been noted in several books including his playing a major roll in helping Berry Gordy start Motown Records, discovering several recording stars, including the Beach Boys, and also is listed as a "Legend" in the Michigan Rock and Roll Hall of Fame.  He also substituted for his friend, Dick Clark, on American Bandstand on ABC Television.

He has served as Chairman of several Cable Commissions for municipalities in Michigan, creating and supervising the building of complete TV station facilities.  He also was a founder and Past President of the Motor City Symphony Orchestra, which is currently enjoying its 43rd year.

​A recent addition to the executive staff of NCNworld.com is Lynn Rowe.  Mr. Rowe is a very highly regarded expert in the broadcast and engineering technology field. His background and experience is vast, and he was highly recommended as one of the top consultants in the broadcasting industry.

Thus it was as a consultant we first approached Mr. Rowe, but after looking at the NCNworld.com project he was so impressed and excited about the future prospects for the new venture, he suggested "coming on board" full time as CTO to direct and coordinate the tech operations.

​​​As Vice President of International Relations, Steve Daugherty is responsible for implementing the global vision and direction for NCNworld.com as well as promoting continuous product

Steve began serving as a support and consultant to his father, Chuck Daugherty.   Prior to NCNworld.com, Steve was CEO/President of SteBar Instrument Corporation, a medical device manufacturer for Anesthesia/Critical Care devices.  In this role, he was responsible for all product development, clinical studies, compliance with FDA government regulations and international marketing.   Steve was successful in securing patents in several key markets worldwide, and establishing sales in over 30 countries.

​Another highly respected broadcaster, Mr. Lee Shoblom has joined the Executive Staff of NCNworld.com.  Mr. Shoblom's extensive background in the broadcasting industry started as a Radio Personality in San Diego, California.  His career includes radio and television announcing, engineering, sales, management and ultimately owning and operating a half dozen AM/FM and TV stations in the southwest.

In addition to his many voice-over radio and television activities, Lee served on the program advisory board of AZ-TV, an Arizona state network and was involved with the communications director for the City of Prescott, Arizona.  His voice-over and documentary work is currently featured on Discovery, Travel Channel, History Channel and TLC. 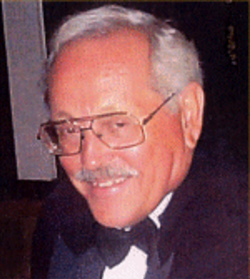